We explain the body parts of a fly in detail. The flies consist of winged insects, which belong to the family of the Diptera, which are used to seeing around people in several different situations and if they seek are found everywhere adapted to the environment where they live.

They differ essentially with respect to bees in that they only have two wings and do not have jaws that characterize mainly wasps and with which they are capable of biting and cutting. Bees are part of the Hymenoptera family.

Although the fly is an insect that many people are repulsed by, it is worth accepting its role within the biological cycle where each insect , mammal or bird has a corresponding function.

On the negative side, the fly, being in contact with organic waste and decomposing animals, can facilitate the transmission of diseases and infections of various kinds.

What are the body parts of a fly?

Body Parts Of A Fly 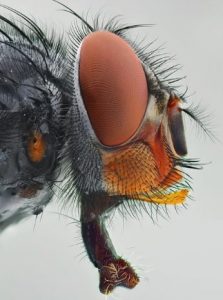 The fly is considered as one of the insects that is distinguished from the others by various aspects: mobility and shape of the head .

There are usually kinds of insects that have trouble moving their head or other parts of the body .

In the case of flies, the only area of ​​the body that can move well is the head. The other areas of its anatomy is a kind of unit in which there are no joints that facilitate any kind of inclination in the fly.

Also known as sensilias , these can be found isolated or grouped together generating sensory organs that may or may not be complex.

They may pick up stimuli from the environment (exteroceptors) or internal (known as inteoceptors). In both cases, they are linked to the integument, since they are always of ectodermal origin.

This mars of the fly consists of villi that envelop the body of this insect. Known in this way because it gives them a capacity for perception that cannot be equaled.

They are designed to give the fly touch, taste and smell. These insects do not need to taste the whole food, the small hairs make it easier for the animal to have an idea of ​​the flavor they might have. 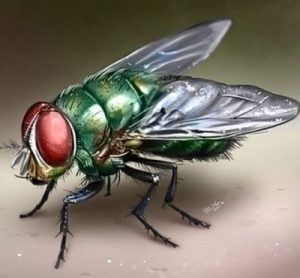 The eyes have the characteristic of being decomposed. These have a shiny appearance, this can be explained, since it is because the appearance has to do with the fact that the eyes have a kind of reflectors that facilitate the flies to protect themselves from the light reflection.

These insects have two eyes made up of many facets that normalize their sensitivity to light . The sensitivity of the eyes is such that flies can usually flower with their eyes, with their feet. These are cleaned using the feet or the mouth.

In the eyes there is also an organ known as ocelli. These are small eyes of a very simple shape that are distant from the main eyes with facets. The length and distance of the eyes consists of a technique that exists to know the gender of flies, it is very complex to diagnose between each of these. 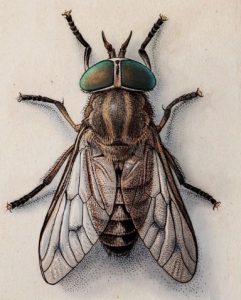 The legs are the most important parts of this flying insect. These can clean each other repeatedly as they are on a specific food. On the other hand, the legs have pads that stick to any surface, thanks to a substance found in that part of the insect.

Parts Of A Turtle

Parts Of A Turtle