It is one of the great disciplines that help to understand the world and the laws that govern it. Its basis of study are atoms , which are an arrangement made up of a nucleus with neutrons and protons compact together, and a certain number of electrons. orbiting around the nucleus. The atom is the fundamental piece so that a multitude of substances are formed.

When matter has only one type of atoms , then it is a pure substance called a chemical element, which will behave identically in all its portions and combine in a specific way with other elements, forming chemical compounds. The latter, as new matter, have as their basic unit the molecule , a union of the elements.

Periodic table of the chemical elements

The Russian chemist Dmitri Mendeleev consolidated in the 19th century the definitive register of chemical elements, a table organized by columns to indicate those with similar properties and which at the same time, in an advance from left to right, showed the atomic number (number of protons in the nucleus) in ascending order. This table, definitely called the Periodic Table of Chemical Elements , is the primary tool of every professional chemistry.

According to the type of matter that you study, chemistry is going to be classified into two main branches:

The inorganic chemistry is the branch of chemistry that studies the mineral substances that make up the earth ‘s crust and seawater. These are very varied and can contain the atoms of any element in the periodic table. The chemical compounds that are described in it are very abundant and result from the numerous combinations of the elements.

The organic chemistry is the branch of chemistry studying substances are mainly constituted by chains of carbon atoms, supplemented with hydrogen and other elements such as oxygen, nitrogen, phosphorus, sulfur. Many of these molecules also participate in biological processes, so biochemistry is derived from organic chemistry .

The variety of organic compounds is much greater than that of inorganic compounds, since the same carbon chains can be branched in infinite ways and that gives them different properties. Therefore, in addition to biochemistry, other more specific branches arise according to their purpose: pharmaceutical, food, industrial, petrochemical, etc.

The main branches of chemistry are listed below, dedicated to studying in depth each of its aspects: 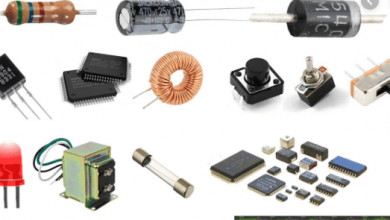