They can be found in nature in two main forms: combined with non-metals in the form of oxides or salts, or in their elemental state in underground deposits. To obtain the metals, an extraction process is first used , which can be through blasting in the deposit and, if required, chemical transformations to have the metal in its pure state.

Metals differ from other chemical elements by a series of physical properties, among which are:

The density is the amount of matter (mass) contained in each unit volume. It is measured, according to the international system of units, in kilograms each cubic meter (kg / m 3 ) or in grams each cubic centimeter (g / cm 3 ). In metals, this property has a high value . Its particles are highly concentrated, which results in a high density, so they are also heavy. Among the densest metals are osmium (Os) and mercury (Hg).

The electrical conductivity is the ability of the materials to carry an electrical current through its internal structure. The metals that stand out for this physical property are copper, gold and silver. The copper is used to make electrical installations in homes and public lighting. It is the one with the best cost and utility ratio.

The thermal conductivity is the ability of materials to transport an amount of energy as heat. This phenomenon is one of the mechanisms of heat transfer, and it is called conduction . Metals like copper, gold, and silver are the best conductors of heat. Copper, being the cheapest of these, is used to make heating devices.

The ductility is the ability of certain metals to receive an effort to become thin wires. The copper re emphasises in this property, since many others simply tend to crack when pressure is applied. Thus, copper integrates the cables of the electrical appliances that we use daily.

The malleability is the ability of certain metals to receive an effort and become thin sheets or desired geometric shapes. Aluminum stands out, which compacts until it forms like aluminum foil . Bronze, which is an alloy of copper and tin, is used to create coins thanks to its malleability.

Metals differ from other chemical elements by a series of chemical properties, among which are:

The electrochemical dissociation is the ability of metals to detach its positively charged particles, when in aqueous solution and is applied an electric current. The metal immersed in the water forms part of an electrochemical cell, and will participate as an anode or as a cathode. As the electric current passes, the electrons will adhere or become detached from each other.

The corrosion is the deterioration of the metal because the oxygen atmosphere acts on them in an oxidation reaction to form metal oxides. When the chemical reaction has gone too far and too much oxide has formed, the metal loses its strength and its usefulness is compromised. Corrosion is dangerous in construction, because the beams can become brittle. Therefore the selection of materials is careful.

The reactivity is the ability of chemicals to interact with others. In the periodic table of the elements, the alkali metals (such as lithium, sodium, and potassium) are the most reactive. These are the ones that comprise group IA, and have a valence electron, which is very easy to detach, which starts a chemical reaction quickly.

Uses of some metals

Metals are one of the most widely used materials to satisfy needs and facilitate human activities. Among the most used for the manufacture of devices and raw materials are:

Examples of Homogeneous and Heterogeneous Mixtures 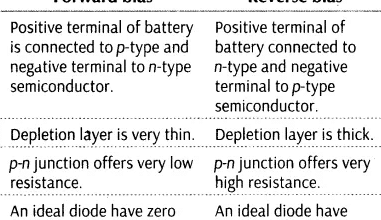