The gray frog (Gray Tree Frog Size) is a species of amphibian that belongs to the family Ranidae, also known as true frogs. This species is commonly found in many parts of North America, from southern Canada to northern Mexico

The gray frog, also known as the gray tree frog, gets its name from the grayish-green color of its skin, which can blend in with the surrounding foliage, making it difficult to spot. The adult gray frog can be found in woodlands, gardens, and wetlands, and they are nocturnal creatures and are most active at night. 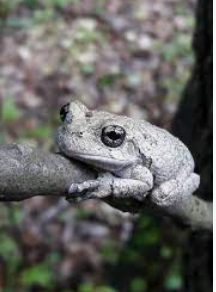 The gray frog can grow to be around 1.5 inches to 2 inches long, they have webbed feet, long hind legs, and a smooth skin that’s sometimes sticky to the touch. Their skin color can change based on the environment, the gray tree frog can change color from gray to green, to yellow, and it is able to camouflage itself very well.

The Diet of the Gray Frog:

The diet of the gray frog mainly consists of insects, spiders, and other small invertebrates. They also hibernate over the winter, usually in leaf litter, rotting logs, or burrows.

The Gray Frogs are very adaptable creatures, but they can be adversely affected by habitat destruction, pollution, and the introduction of non-native species. It is considered a species of Least concern by IUCN. 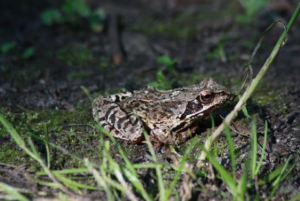 In wooded areas, close to streams and watercourses.

The gray tree frog, also known as the eastern gray tree frog or Hyla versicolor, is a species of tree frog found in the northeastern and midwestern United States and southeastern Canada. Gray tree frogs are well adapted to living in trees, and their natural habitats include deciduous and mixed wood forests, woodlands, and wetlands. They can be found in a variety of habitats, from swampy lowlands to rocky uplands. They are often found near water, including streams, ponds, and wetlands, as they need water to breed. They are arboreal species and they often found on tree trunks, branches or leaves, they also found in gardens and parks with trees.

Its distribution occurs in North America in southern Ontario and Maine, in Texas, northwestern Manitoba and northern Florida.

The gray tree frog is native to the northeastern and midwestern United States and southeastern Canada. They are found in a wide range of habitats across this region, including deciduous and mixed wood forests, woodlands, and wetlands.

In the United States, the gray tree frog can be found from Maine and southern Quebec in Canada, south to the Gulf Coast of Alabama and Georgia. They are also found in the Great Lakes region and the Midwest, as far west as eastern Nebraska, eastern Kansas, Oklahoma and Texas.

Overall, This is a wide-spread and adaptable species, it’s found in a variety of habitats and they are not considered threatened.

The gray tree frog is an arboreal species, meaning it spends most of its time in trees and other vegetation. Their body shape and the structure of their limbs are well adapted for climbing and jumping among branches and leaves.

They are able to climb smooth surfaces by gripping with their suction cup-like toe pads, which are covered in small, sticky projections called setae. The setae allow the frogs to cling to a wide variety of surfaces, including glass and metal, with an amazing strength.

Gray tree frogs are also able to swim in the water, but mostly used their swimming ability as a mean to escape danger or to move between water bodies for breeding.

Overall, gray tree frog’s ability to climb and jump make them well suited for life in trees and other vegetation, allowing them to find food, shelter, and mates while avoiding predators. 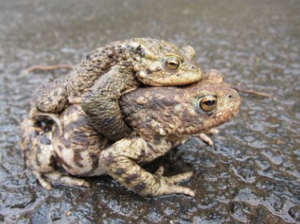 Its reproduction is sexual. The breeding season begins in April when the ambient temperature rises above 15?C. The males make vocalizations to attract the female. The female usually lays between 1,000 to 2,000 eggs. Incubation usually lasts about a week.

Adaptation to the environment:

when it hibernates it has a high tolerance to freezing due to its high level of glycerol in its blood.

The gray tree frog (Hyla versicolor) can have a range of color variations, and some individuals may have yellow legs. This is not a distinct morph or subspecies, but rather a variation within the species. The color of the frog’s skin and legs can change depending on their environment and mood.

The Gray tree frog is known for its ability to change color to match its surroundings, it can change its color from gray to green and even to brown, this ability is known as “crypsis” . The color change is not only due to the frog’s adaptation for camouflage, but also for thermoregulation, where the darker color would absorb more heat and lighter color would reflect it.

Some individuals may also have yellow or orange spots or streaks on their skin, particularly on their legs and back, and may have slightly different patterns or markings.

In general, The coloration and patterning of the gray tree frog can be quite variable, and it is not always easy to identify the exact morph based solely on visual characteristics.

In conclusion, the gray frog is an interesting and unique species of amphibian that is commonly found in North America. Its ability to camouflage itself and adapt to different environments makes it a fascinating creature to observe. However, as with many species, it is important to protect their habitats and to be mindful of human activities that may harm them.

The gray tree frog (Hyla versicolor) is a species of tree frog that is native to the northeastern and midwestern United States and southeastern Canada. They are found in a wide range of habitats, including deciduous and mixed wood forests, woodlands, and wetlands, and often found near water.

Their body shape and structure of their limbs is well adapted for climbing and jumping among branches and leaves, making them well suited for life in trees and other vegetation. They also able to swim but mostly use this ability for escaping danger or moving between water bodies for breeding.

Overall, The Gray Tree frog is a wide-spread and adaptable species, it’s not considered threatened, they are able to survive in different environments. 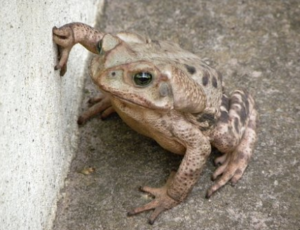 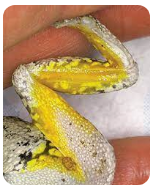 Why are frogs raining from the sky

Why are frogs raining from the sky

Animals that live in burrows

What animals live in the rainforest

Is the whale shark in danger of extinction?

What are the hatchlings of fish called at birth