The Labrador Retriever is large, powerful in appearance, with a square block-shaped head, floppy ears, short, straight hair with a strong tail.

The Labrador Retriever is loving, affectionate, lovable, patient, highly intelligent, loyal, willing, and happy in spirit. They are active and good-natured, they love to play, especially in the water because they love to swim. They have an excellent dependable temperament, and are very friendly, as well as excellent with children and level-headed with other dogs. They crave human attention. It is a good watchdog but not a good guardian, as Labradors are known for their total lack of aggression. They really love people too much.

They are very intelligent and easy to train. Training should be smooth and consistent. Early socialization with animals and people is required as with all breeds.

A weekly brushing is necessary to remove dead hairs and keep hair healthy.

They need a lot of exercise as by not doing so they may be forced to relieve their boredom and energy by resorting to destruction. They are also known to love to eat and can easily become overweight, so they should be monitored. It is necessary to consult with a veterinarian.

Gastric torsion: Although it is not a hereditary condition, it frequently affects many dogs, including this breed. This is a very serious condition. When a dog has it, the stomach can twist and become blocked, causing a build-up of gas. If not treated quickly it can be fatal. With this disease there are also futile attempts to vomit and salivate. It can also lead to cardiovascular collapse, which usually occurs when you exercise after eating. The incidence of Gastric Torsion in adult dogs can be controlled with healthy eating twice a day and, of course, by allowing time to digest before taking him for a run in the park.

Hip Malformation or Dysplasia : Results in a poor fit between the head of the femur bone and the acetabulum of the hip. This condition can be alleviated by surgery, although with consequences for dogs and owners since dogs with dysplasia usually produce puppies with the same condition. Buyers should ask if both the sire and dam of the puppy they are interested in have been recently tested and are free of hip dysplasia. Don’t take yes for an answer without seeing a certificate and ask for a copy to take to your vet.

Elbow Dysplasia: Due perhaps to improper development (different growth rates) of the three bones that make up the elbow, the whole is loose or loose and in mildly affected dogs leads to painful arthritis. Treatments involve surgical correction if possible or medical treatment through the use of aspirin and other anti-inflammatory medications.

Cataracts: As in people, dogs also suffer from cataracts and their appearance in these when they are puppies is called juvenile cataracts and can be hereditary. They are diagnosed through an ophthalmological examination. If the dog is in good health, the cataracts can be surgically removed with usually satisfactory results.

Progressive retinal atrophy (PRA): It is a group of diseases that involve all the gradual deterioration of the retina. It is diagnosed by retinoscopic examination using an electroretinogram (ERG). Early in the disease, affected dogs begin to suffer from night blindness and lack the ability to see in low light and later day vision also fails. As their vision deteriorates, affected dogs can adjust to their disability very well, as long as their environment remains constant. Some breeds are affected early in life, while in other breeds, PRA develops much later.

Ear Infections: Because of their ears and their love of swimming they can be prone to ear infections. Not all Labradors suffer from it, but in many cases it can become chronic so it is important to check them regularly. The ear should be light pink or flesh tones and clean, and there should be no odor from the ear or ear canal.

Allergies: In dogs it usually affects the skin, but it can also affect the ears, nose and other parts of the body. The reasons can be many and it is difficult to pinpoint the causal origin. Often it is a reaction to some food or additive for the preparation of these. Flea bites are a major problem for many dogs. When dealing with skin allergies, first of all, one must check for flea bites. Dogs are very sensitive to them and often mutilate their bodies by chewing on the area, trying to get some relief. The best allergy test is the intradermal skin test, which is usually done by a veterinary dermatologist. Testing for inhalation allergies is possible using blood tests,

The original Labradors were black dogs bred for water jobs, including collecting fish that fell from nets and retrieving waterfowl. These dogs originated in Newfoundland, Canada, where in order to avoid confusion with the shaggy Newfoundland dog, it was named Labrador. The Labrador frequently accompanied fishermen across the ocean to England, where it became a popular sporting dog. At one time they were just black, yellow has now become more popular. They are one of the most popular breeds among breeders. 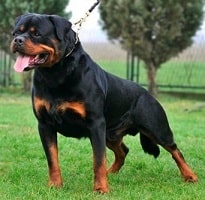 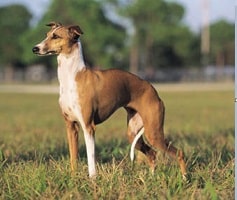 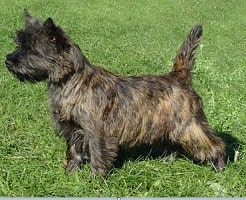 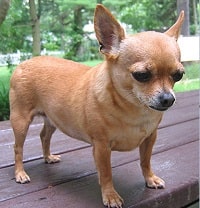