Sometimes known as the “King of Toys” the Miniature Pinscher is small, muscular, graceful and has a short tail. They have an unusual high gait similar to a marching horse. This graceful little dog is not a smaller version of anything, as many people mistakenly assume, especially associating them with the large Doberman Pinscher. More in Types of Pinscher: 6 Pinscher Breeds [Characteristics, Differences] + Photos »

The Miniature Pinscher is proud, strong, sociable, active and independent. They can be very possessive with their loved ones, they are always alert so they can be good watchdogs. This breed is not suitable for a family with young children as they need gentle affection and reassurance, however they will do well with older children. It is known that it is used to barking so it would be more suitable to have it in a house rather than an apartment.

They can be difficult to train due to their stubbornness, therefore training should start from a puppy so they know who the boss is. In the right house, with the right training, you can be the best companion dog ever.

They have a soft, short coat, so grooming requirements are easy to meet. To keep hair shiny and healthy, it must be groomed twice a week. Frequent baths are recommended, as it tends to dry out your hair. They have little tolerance to cold so it is necessary to provide a warm home for this breed of dog.

They are dogs that have a lot of energy to be small and are very curious, therefore, they need a lot of exercise to keep fit. Giving them the opportunity to run and play in the yard or daily walks would be good options. They cannot be left off a leash because they like to chase anything that moves.

Hip malformation or dysplasia: Results in a poor fit between the head of the femur bone and the acetabulum of the hip. This condition can be alleviated by surgery, although with consequences for dogs and owners since dogs with dysplasia usually produce puppies with the same condition. Buyers should ask if both the parent of the puppy they are interested in has been recently tested and is free of hip dysplasia. Don’t take yes for an answer without seeing a certificate and ask for a copy to take to your vet.

Slipping in the knee joints (also known as a dislocated patella or spilled fluid) is a common problem in small breeds. In this condition, the kneecap slides out of its groove and moves against the thigh bone (femur) rather than in its natural groove. Although it is a hereditary condition, small and active breeds tend to develop it as a result of their natural activities (jumping up and down) by jumping around objects. 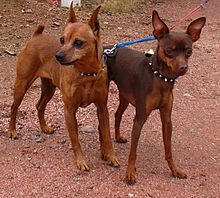 The Pin Min is not a smaller version of the Doberman Pinscher, it existed a long time before the Doberman, the only relationship that is believed to exist between the two is that they may have descended from the German Pinscher, a medium-sized black dog and light brown bred to control vermin that crawled into the corral. The Pin Min reports say they came from crossbreeds such as the Dachshund and the Italian Greyhound. Part of the confusion in its origin comes from the word “pinscher,” which is another term for “terrier.” In German, “”pinscher” means “biter” and is derived from the dog’s habit of jumping fiercely and biting its prey. The German pinscher family includes the Affenpinscher and the Schnauzer. Originally bred to catch vermin, 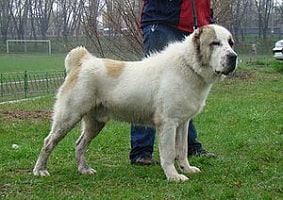 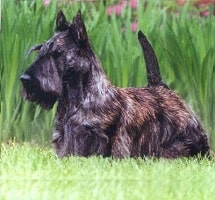