We elaborate about Pekingese puppy breed with Pekingese temperament, training, appearance, weight, life spam and much more information about this breed.

This Dog is big for his size with a stocky, muscular body. That is 6 to 9 inches tall at the shoulder

The dog weighed less than 6 pounds were called “sleeve dogs” and rode in the sleeve cuffs of the robes worn by members of the imperial court.

The Pekingese is known in both the East and the West as the “lion dog,” presumably because of its appearance, although it is also acclaimed for having the independence and courage of a little lion. They have a characteristic small, flat face, as well as long ears.

Pekingese are brave, independent, stubborn and intelligent little dogs. Although calm, without being aggressive and without fear, he can sometimes be very stubborn. They are good with children if they have been raised with them, otherwise they can be very jealous. They are good around other pets if they are socialized at a young age, as they have a tendency to distrust other dogs. They can be good watchdogs as they are very suspicious of strangers. They have a tendency to be domineering and like to be pampered.

They can be stubborn and independent, it is not an easy dog ​​to train to obey.

A daily combing and brushing of the long double coat it has is essential for the care of this breed. This routine should be established from an early age in the dog’s life. Some owners pride themselves on keeping the Pekingese’s coat very full, however, most find this task overwhelming and keep their hair cut to a moderate length.

The requirements are minimal, he gets enough exercise running and playing around the house and garden. Short walks would also be appreciated by this happy little dog.

Slippage in the knee joints (also known as a dislocated patella or spilled fluid) is a common problem in small breeds. In this condition, the kneecap slides out of its groove and moves against the thigh bone (femur) instead of in its natural groove. Although it is a hereditary condition, small and active breeds tend to develop it as a result of their natural activities (jumping from one place to another around objects such as furniture and others). 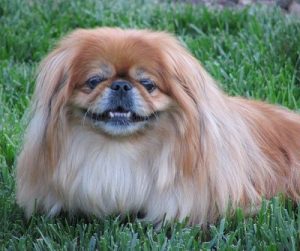 The earliest references to Pekingese go back to the 8th century and the breed is believed to be a miniature specimen of the ancient “Foo Dogs” of China that were used to ward off evil spirits. The Pekingese’s property was restricted to members of the Chinese Imperial Court.

On ceremonial occasions they had certain functions to perform such as wearing the hem of the emperor’s robe in their mouth and barking to announce their arrival, in the Han Dynasty it was known as the Sleeve Dog, since they were used as a source of heat because they were small enough to fit inside the sleeves of a garment. It was not until 1860 that the Pekingese became a well-known breed outside of China. For centuries, only the emperors, their families and courtiers in the Imperial Court of Beijing, were allowed to own this Lion Dog. Although hundreds of them lived in the royal court, only the best of the race were kept in the Emperor’s chambers. Considered sacred and much loved, the theft of one of these dogs was punishable by death. In 1860,

Five dogs belonging to the emperor’s aunt who had taken her own life before the arrival of the enemy, survived and were brought to England. A small yellow, brown and white dog named Looty, was given to Queen Victoria by the commanding officer, General Dunne. 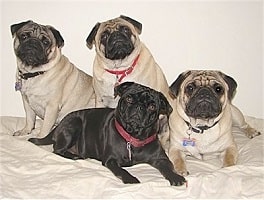 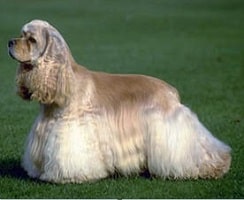 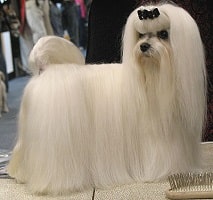 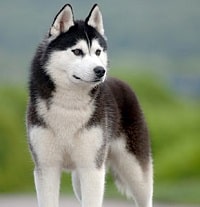