We express important information about pet injuries. It is likely that you have seen an animal that has suffered an injury and requires treatment. If the injury is small, treatment may be given by yourself, if it is severe, or if you are not  sure What to do, take the patient to the vet as soon as possible after taking emergency precautions. You might find that due to pain and fear, a wounded animal is difficult to catch. Don’t rush to get close; it will only scare the animal further, which could aggravate the injury. Stop for a moment and think, the animal must be captured as quickly and efficiently as possible to minimize trauma, and many times the easiest way to do this is to convince it to enter a confined space, where it can be more easily captured. Be careful not to be bitten, and remember, if the animal is a  catNot only does it have sharp teeth, it has claws that can also hurt. Often the best move will be to wrap the animal in something like a towel to immobilize and keep it still, and talk to it calmly until it can be treated.

The  mammals from hamsters to horses sometimes end with a wound, of some sort. When this happens, call a vet immediately if it is serious or you are not sure what to do about it, if it is only a small injury, clean the wound well with a warm disinfecting solution, always keeping all parts of your own anatomy away from a bite, scratch, kick or head butt from your patient, and then treat the wound with either an antiseptic ointment or wound dressing.

If the animal is one of those rare creatures that cannot be bandaged, don’t worry about bandages and other dressings, focus on keeping flies and other infectious agents away from injury until it begins to heal. Keep the animal warm and calm and, when done, check its cage, pen, stable or where it lives for the source of the injury.

Many animals do not tolerate bandages or other dressings and, if these are necessary, they should be left to the vet, who will know the best way to ensure that they are tested for your pet, although it must be said that some animals accept them much better than others. This tip, going to the vet, will always be best for mammals, but as you gain more experience, you may be able to do a good job yourself with small birds.

The  injuries more common in small birds are broken limbs. If the limb is a wing, and the skin is not broken, and there is little or no bleeding under the skin, or swelling, the best thing to do is to match the ends of the bones, and bandage it so that it cannot move. Then keep the bird warm and quiet for a couple of weeks before removing the dressing. If you and the bird are lucky, the wing may have healed already, but very often there will be more bleeding and swelling, and it will be worse. This is so prevalent in injuries that it is often easier to do nothing except isolate the patient and keep him warm and calm. In this case the wound often heals, but is rarely the bird capable of flying again. If there is an open wound at the fracture site, The chances of successfully repairing everything are minimal, and the best you can do is take the bird to your vet. A broken leg presents the same kind of difficulties if the injury is above the tibia joint, but if it is below, the repair will be much easier.

Reptile  and  amphibian injuries   are rare, and are usually one of two types. The first is damage caused by one animal to another, such as a bite sustained by fighting, and the second is when an animal persists in trying to break through a glass that it cannot see, and continues to bang its face against the crystal until the nose turns to blood.

The best thing to do in both cases is to clean up the damage and leave the animal strictly alone, after eliminating the cause of the injury. The  reptiles  and  amphibians They can recover on their own from horrendous physical injury, and trying to treat them usually increases the problems. Eliminate aggressive animals from the tank and paint the inside of the glass with white emulsion, let it dry and you should find that everything will be fine after that. The only objection to painting the glass is that you will no longer be able to see your animals, there is an answer for this, but it does not work all the time, remove very thin strips of paint, and a week later increase the thickness thus the transparency bars, a week later draw horizontal bars and keep repeating these steps until you finally remove all the paint. Sometimes animals get so used to the front wall that they don’t realize it’s slowly disappearing and won’t try to get through it.

If one animal has been bitten by another, think carefully about the community in the reservoir, as most properly sized and moving objects are considered edible by most reptiles and amphibians, and the first bite may be a sign that an animal is growing faster than expected. A pair of  brother  lizards who started life the same size and lived happily in the same tank at the same time, the person who owned them saw them every day and did not realize the fact that one was growing much faster than the other, until one day I observe the large looking speculatively at his cage mate. At my suggestion they were separated and immediately the little one began to grow.

Something very common in  invertebrates  has to do with loss of limbs. If that’s the case, don’t worry so much, many invertebrates shed parts of their body easily as a defence mechanism and can often regenerate them. Other injuries can be avoided by taking extreme care when handling such animals. Do not leave your  spiders  on the ground,  insects stick are another animal that can be easily injured with careless handling, they should never be picked up by a leg, if they fall it will be tempting to gently grasp it between the index finger and thumb, around the body, DO NOT. Invariably, the body will begin to shrink below this point until after a week that it dries completely and becomes useless. The only way to pick up a stick insect, if you really must, is to place your hand on it and close your fingers underneath it so that when the fingers come into  contact , the stick insect is touching your paws instead of you. Touch the insect. In this way you will be locked in a cage of fingers, but the best way to move them is to get them to climb on a twig. 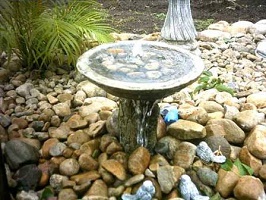 Types Of Bird Baths With Examples 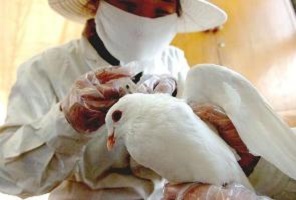 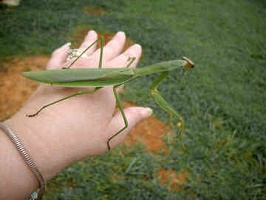 Stick Insect As A Pet In Detail 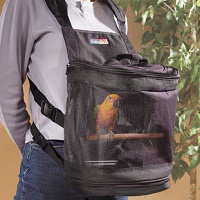