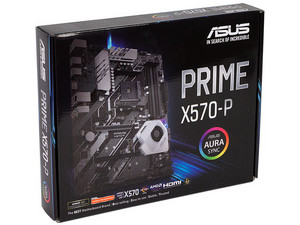 The UEFI BIOS is a starting point on any path when building a PC, and Prime X570-P offers one of the best in the industry.

A well-tuned enthusiast system deserves a look to match. Aura Sync offers full lighting connected via motherboard RGB headers, with a variety of functional settings for external LED strips. And they can be synced with a growing portfolio of Aura-compatible hardware.