We express squirrels as pets with important general information.

Common name : Squirrel
Scientific name : Many species, such as Eu tamias sibiricus and Tamias striatus.
Distribution : Subtropical and temperate tropical regions of the world, although they are generally maintained in Asia and the USA.
Habitat : Originally forest undergrowth   and broken rocky terrain, with abundant ground cover, bushes, and bees. Being opportunistic, they are also found in similar places in proximity to humans and many gardens and parks have a population of squirrels. They are abundant in many zoos where they take advantage of the food that they put to the animals in captivity.

General : Squirrels spend much of the day (and night) foraging, and seldom stop, except for brief periods when they stop and focus the distance for a few seconds, they appear to be staring at something. This habit is known as a “phantom gaze.”

They spend a good amount of time preparing for winter by storing  food , and sometimes you will find small batteries in their  cages . If these animals are kept indoors, sometimes you will discover strange sunflower seeds hidden on the sides of the chairs, on mats and all over the place. It’s a good idea to eliminate this behavior, as over time you will find that squirrels will be reluctant to return to their cages, as they will have so much food outside. They move fast if you try to chase them, and they can bite really hard indeed.

Diet : Wild squirrels eat nuts, seeds,  insects , leaves, and tree bark from time to time. Although they live on land, they will easily climb trees for berries or nuts. They also take insects and fruits. The best captive diet will be a commercial hamster mix supplemented with chopped fruit, vegetables, and insects like  worms  or crickets. Too many peanuts are not a good idea for caged squirrels. They should also be provided with branches of fruit trees so that they can gnaw and keep their teeth in good condition.

Clean water is essential and the best way to provide it is through a fountain, attached to one side of the cage.

Housing : A metal or glass cage, which should be as large as possible if the squirrels are to be kept indoors, even though they are going to do much better outdoors, in a closed place of no less than 1.8 x 1.2 m (6 x 4 ft.)

All squirrels are escape artists, so every precaution should be taken and even the smallest holes closed.

Squirrels are active animals, and should be provided with branches, hiding places, etc., the floors of the cage should be covered with wood shavings or shredded paper. Plain sheets of paper are useless as animals tear them to pieces to use as “bedding,” leaving the floor of the cage bare.

Reproduction : Although both sexes are the same, a reproducing male can be identified by his large scrotum. A male ready to mate will let out a short, high-pitched whistle from time to time. Squirrels reproduce well in captivity, and today they are almost always bred in captivity. They appear to copulate year-round, but the breeding season is in early spring. The gestation lasts from 31-40 days. A female will disappear in her nest box  to have their babies, and at that moment the male retires to live elsewhere. In general, between four and eight hatchlings are born, are blind and almost hairless. They grow fast and are little independent. It is important to start taming squirrels when they are still small, but without disturbing the nest box, or trying to fix the problem until the offspring are at least four weeks old. Although squirrels live for several years, females stop reproducing after four or five. 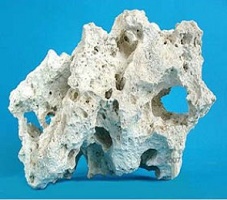 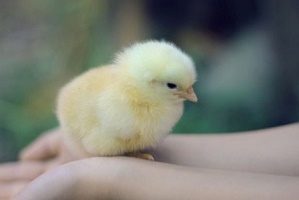