The Torrent Tree Frog is a moderately large and robust species of Australian frog, which at first glance only possesses the typical characteristic in the olive green skin of the many species of frogs. A closer look can see the extensive number of dark spots found on the back and an attractive bright metallic blue that spans the sides of the body. The underbelly is white or cream, the armpits and groin are flesh-colored, and the throat is brown. The skin on the back and belly has a granular surface and certain individuals have scattered small warts on the back. The fingers and the tip of the finger discs are large, their fingers are fully webbed. Males have well-developed nuptial pads with small spines on the thumb and chest to be able to cling to the females during mating and avoid being swept away by the rough waters of their habitat. Males have no vocal sac and the mating call has been described as a slow growl-like sound that is difficult to hear above the sound of flowing water.

biology. Unusually in frogs, it is active during the day and at night. It remains close to the abode during the day for protection, venturing into more exposed positions in the surrounding vegetation at night. Unlike most species of frogs that reproduce and live in adjacent forests, streams are the main habitat for males and females throughout the year, being able to observe how adults and juveniles on several occasions form small groups. (four to six individuals) between large round rocks. Fertilized females and males with nuptial pads are found throughout the year and it is believed that reproduction is possible at any time. The unpigmented eggs are deposited in gelatinous masses under the stones in the water.

Range . Litorianannotis was formerly found throughout the humid tropics of the North Queensland Bioregion, from Paluma to Cooktown, but is now absent from most highland sites.

Habitat . It is a species that inhabits streams, forest areas where there are rapid waters, waterfalls and waterfalls at heights between 180 and 1,300 meters above sea level. It is normally found on rocks near waterfalls and can be seen from time to time among vegetation next to streams.

Threats . The main reason for the decline of this frog is likely to be due to the disease caused by the chytrid fungus (Batrachochytriumdendrobatidis). Habitat destruction is not a threat as the humid Tropics of Queensland where it lives, has been a UNESCO World Heritage Site since 1988. The effects of drought, floods and pollution have also been ruled out as contributors. to its decline.

Conservation . A recovery plan has been developed for this species. As the cause of their decline is uncertain, the recovery plan focuses on the protection of the remaining populations and their habitat, population surveillance, and research on ecology and disease. In fact, unless the determining factors for this decline are precisely identified and adequately addressed, the future of this species is not assured. 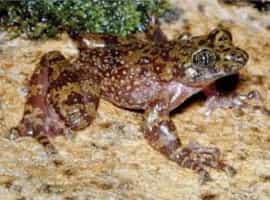 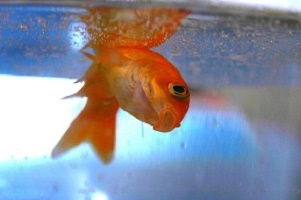 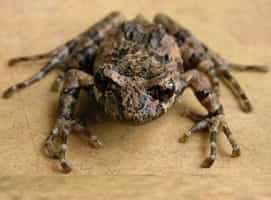