Maybe “ecofeminism” or “ecological feminism” is a term you’ve never heard of. In a social context of growing interest in both environmental issues and gender equality, ecofeminism is conformed as a confluence between these two currents and acquires more and more strength, being both a theoretical framework and a social movement.

What is ecofeminism – definition

To define ecofeminism we have to attend to the two parts that make up this word: on the one hand we find “eco-“, derived from the Greek “oikos” or “house”, and which refers to the study and care of the environment in which we live. On the other hand we find “feminism”, which can be defined as a socio-political movement whose objective is to achieve real equality between men and women in all areas of life. Thus, looking at these two parts, we could understand that ecofeminism is the way to achieve gender equality while also taking care of the environment .

What does this translate into? What specific issues does ecofeminism address? The truth is that it does so on many issues. Here are some examples:

And a long etcetera. Ecofeminism encompasses everything that affects the environment and women differentially.

How did ecofeminism or ecological feminism arise?

Although women have traditionally been connected to the land and its defense, it was not until the 1970s that the French Fraçoise d’Eaubonne (a disciple of the great feminist philosopher Simone de Beauvoir) coined the term “ecofeminism” in her essay “El feminism or death “. In this work, d’Eaubonne proposes the enhancement of the existing link between nature, the “wild” and women , and reflects the ideological connection between the exploitation of nature and that of women.

During the 1970s we found several movements of women for the protection of nature. The Chipko movement and the Green Belt movement stand out very notably. The Chipko movement developed in the Uttar Pradesh region (India), and consisted of defending communal forests by embracing them, in the name of the feminine principle of nature. For its part, the Green Belt movement took place in Kenya and was a tree planting movement to prevent desertification in rural areas , which also provided work for women in the area.

Starting in the 1980s, ecofeminism expanded and diversified exponentially. We therefore speak many times of “ecofeminisms”, due to the great diversity of their currents. Several studies and essays arise in which the authors develop some of the themes that we have already mentioned, and establish transversal connections with other movements, such as the defense of animal rights, the need to adapt the economy to the needs of people and the planet, or the processes of colonialism / neocolonialism.

Currently the ecofeminist movement has its maximum expression in Asia and Latin America, with theoretical authors of different nationalities.

Here is a small review of some of the most important ecofeminists , although we highly recommend reading more information about their works:

What are carbon markets

Recycling symbols and their meaning 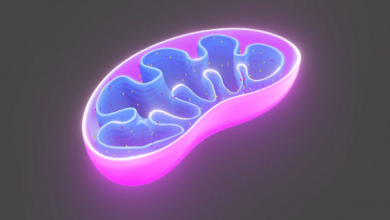 What is wind energy